In 1916, the 1st Aero Squadron of the U.S. Army crossed the U.S. border into Mexico in pursuit of Pancho Villa. Their mission was to provide aerial reconnaissance for General Pershing’s cavalry force. It was the first time the United States used aircraft in support of a military action. The operation was plagued with technical difficulties and adverse weather conditions; only two of the original eight aircraft returned to Texas. Today, almost one hundred years later, a fleet of unmanned aircraft operated by the U.S. Customs and Border Protection (CBP) surveil the same remote landscape over which some of America’s first aviators made history. The CBP drones represent the federal government’s most sustained and substantial domestic drone program.

Just as in the early days of manned aviation, the Southern borderlands have not been exactly hospitable to the prospects of unmanned flight. Since the first test flight in 2004, the CBP’s drone program has been rife with operational challenges and political controversies. A recent Department of Homeland Security report on the CBP’s drone operations concluded that the drone program isn’t worth the time or cost. Here’s what you need to know about the CBP drones:

Customs and Border Protection maintains a fleet of nine General Atomics Predator B and Guardian drones. The program is operated by the CBP’s Office of Air and Marine (OAM).

According to a Government Accountability Office report published in September 2014, CBP drones are used for three roles: 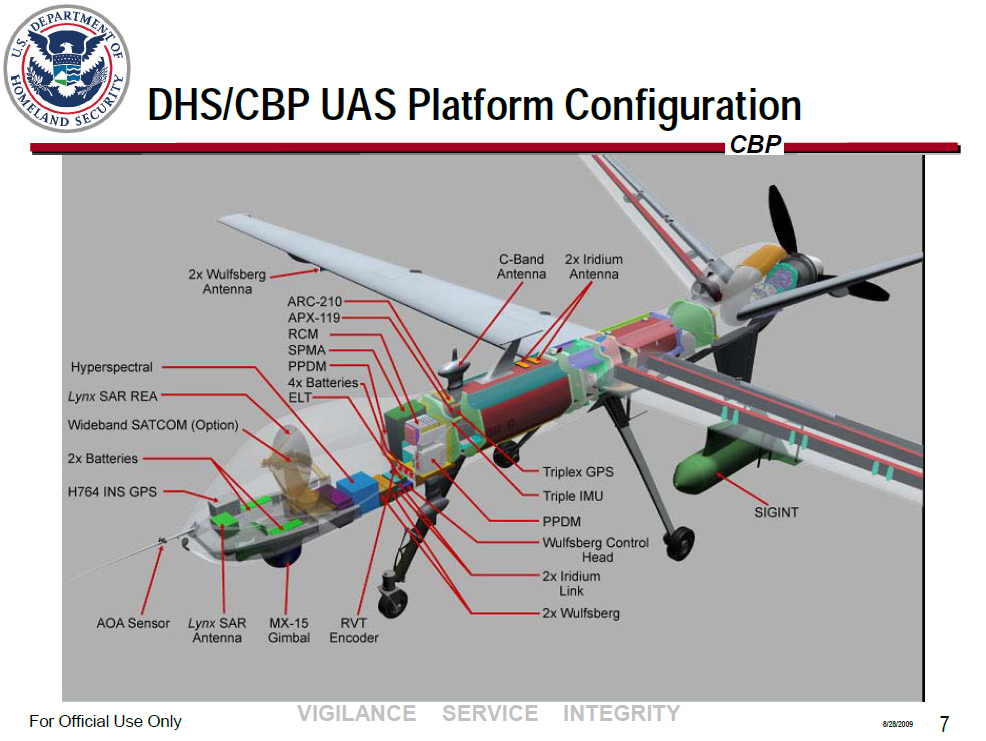 While the border patrol drones fly primarily along the southern border, the CBP also stations drones in North Dakota and Florida.

In a report published on May 30, 2012, the DHS Office of Inspector General concluded that the CBP drone program was poorly organized and needed to be better planned to maximize its resources. The report noted that the CBP needed to improve its coordination efforts with other agencies, especially with regards to obtaining reimbursements for costs incurred during operations in which CBP drones were used by other agencies.

On December 24, 2014, the Department of Homeland Security published a report based on an audit of the CBP’s drone operations. The report concludes that the CBP drone program does not perform to expectations and is not worth the cost. The report notes that:

The authors write in the conclusion of the report, “Given that, after 8 years of operations, the UAS program cannot demonstrate its effectiveness, as well the cost of current operations, OAM should reconsider its planned expansion of the program. CBP could put the $443 million it plans to spend to expand the program to better use by investing in alternatives, such as manned aircraft and ground surveillance assets.”