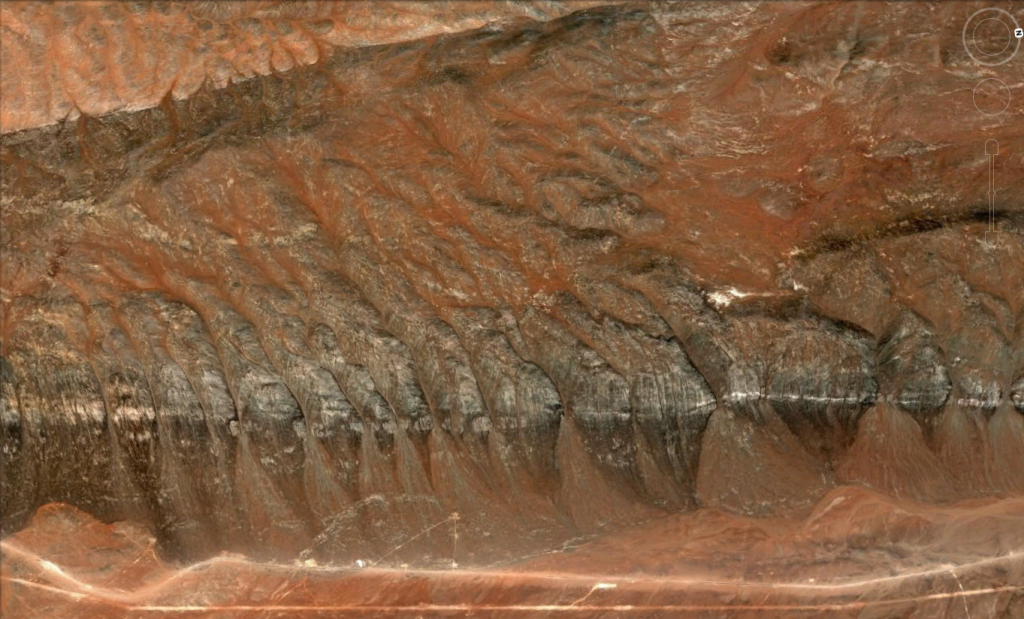 Drones are becoming a common feature in war. Israeli air operations in Gaza and U.S. operations in Afghanistan, Iraq, and, most recently, in Syria, suggest that the use of armed drones in combat will likely continue to expand. The proliferation of armed drones is also set to accelerate, particularly following the announcement that the U.S. will begin exporting armed unmanned aircraft to certain allied nations, and given the continued sale of armable drones by Israel to countries, not to mention the growing trend of indigenous military drones programs. Militaries have often spoken of the precision of armed drones, but others have shed doubt on these claims. As more militaries obtain weaponized drones, there is growing interest in establishing the effects of drone strikes on civilians in armed conflict. To do so requires that human rights organizations examine drone strikes at the source, the very point of impact. Their work is time consuming and fastidious, but its goal–to determine the appropriate international response to potential concerns around the use of drones in war–is significant.

“Not all attacks that kill civilians will be unlawful,” explains Bill Van Esveld, Israel and Palestine researcher for Human Rights Watch, “but even for potentially lawful attacks, we want to fix targeting policies to prevent civilian death and injury from drone attacks. And of course for attacks that were unlawful we want accountability.” The investigation of drone strikes requires in-depth forensics work and analysis to establish that a strike was indeed caused by a drone, and, if a disproportionate number of civilians were killed, to determine what exactly went wrong. We turned to the experts to find out about the challenges and intricacies of investigating drone strikes.

Marc Garlasco is a munitions expert who conducted forensics work on drone strikes with Human Rights Watch in the wake of the 2008-2009 Israeli operation Cast Lead. “Just as in a crime scene, your evidence can get tampered with, then you don’t know and you’ll get to the wrong conclusion. The shorter the time span between the actual weapon striking and the investigators getting on the ground the better,” he said. Garlasco’s investigations in the 2008-2009 conflict formed part of the basis for the Human Rights Watch report Precisely Wrong, which documents 29 civilian casualties in Gaza caused by six missile strikes from IDF drones. The report is based on Garlasco’s forensic work, along with 25 interviews with victims, witnesses, and doctors conducted over a period of 14 days, beginning 3 days after the cessation of the IDF’s military operations. The report concludes with a series of questions directed at the IDF regarding the drone strikes that Garlasco and his team investigated.

As drones become a facet of modern war, human rights researchers like Garlasco must consider, when looking at any strike in theatres where drones are known to be used, whether it was caused by a manned aircraft or a drone. This has become a step in the forensic process. “The damage is very different, the munitions are very different,” said Garlasco. The Precisely Wrong report elaborates on the physical evidence characteristic of a missile commonly fired by armed drones, the Spike: “typically a shallow crater with cubic holes peppered throughout a radius up to 20 meters and cubic tungsten fragments lodged in many of the holes.” Garlasco is a firm believer that drones should be differentiated from manned aircraft in the media and in human rights investigations. “Drones lower the threshold of use,” said Garlasco. “There are clearly places where we wouldn’t use a manned aircraft, so why are we defaulting to drones? I think its because it’s a new technology that affords different capabilities, and I think we need to recognize that.”

It’s not always easy to establish whether a drone strike that caused civilian deaths was the result of human error or technical limitations. “There’s a big question mark on whether the optics are good enough,” said Valentina Azarov, a human rights researcher and lecturer in International Law & Human Rights at Al-Quds Bard College. In Precisely Wrong, Human Rights Watch asked the IDF to give further details on how precise the sensors on its drones are. Garlasco explained one of the core technical limitations of drones that can lead to the misidentification of targets.  “Up until now, what a drone really doesn’t have is situational awareness. They’re saying with the new Gorgon Stare camera they will have situational awareness. But up until now, you have a view, but its through a soda straw. There have been a number of civilian casualty incidents in which that in particular has lead to casualties.”

Azarov questions both the technology and its operators in grasping targeting errors of armed drones: “Is it not to be expected that the same camera, that same intelligence gathering device in real time would not have been able to tell the difference between a man picking olives and a man propping up a rocket to be launched?” The IDF is generally disinclined to release details on the drone strikes that have caused civilian casualties. This hampers attempts by human rights organizations and the public to understand the targeting decisions behind such incidents, and to establish the extent to which technological limitations are a factor. “Yes, there’s some mystery behind it,” said Azarov, “but the use of military analysis and military experts by the leading international human rights groups is where there is a bit of a bridge between what the military may say about what their technology can and cannot do, and what the human rights organizations can presume about recklessness.”

Azarov explained that collecting and analyzing evidence is resource intensive. Beyond the forensic work carried out by analysts like Garlasco, a strike “has to be thoroughly investigated to be able to say that it was a drone, that there wasn’t any fighting in the area, that it was a precision strike in an otherwise calm situation.” This is crucial because if it is alleged that a strike breached humanitarian law, any evidence of such produced by human rights reporters will be heavily scrutinized. “If you have solid documentation” for a strike, she said, “it could be used. But if your documentation is flimsy and hazy and not very reliable, then it won’t live up to the standard of a courtroom.” For this reason, reports and other literature generated by human rights organizations focus on only a subset of cases. Marc Garlasco described how this played out in the work which went into Precisely Wrong. “We had a lot more cases,” he said, “but we wanted to put the most solid, the most clear cut, you know there are no doubts.”

“In the standards of international human rights organizations,” Azarov explained, you will ideally investigate a dozen strikes before you can  establish what is referred to as a “pattern of violations.” She continued, “the more the merrier is usually an incentive, but it’s a greater incentive to have more on specific cases.” During last summer’s 50-day war in Gaza, the Palestine Center for Human Rights created daily reports on Israeli bombardments. While useful for giving a sense of the scope of Israeli drone operations, the PCHR’s reports on the conflict were not substantial enough to have generated statistically useful information, let alone to be used as evidence in criminal proceedings. But international human rights organizations in Gaza are asking local Palestinian organizations for a subset of more thorough investigations from the recent conflict. At the time of her interview, Azarov mentioned that the international human rights community was awaiting this subset of investigations from four Palestinian organizations, including the PCHR.

In Gaza, it is clear that the large number of NGOs conducting human rights investigations aids in the task of investigating drone strikes.  Azarov said that while the U.N. rarely publicly releases the information from their investigations, Amnesty International and Human Rights Watch have previously been able to corroborate their data with the U.N.’s investigators and occasionally with the Red Cross. Still, international human rights organizations strictly conduct their own investigations. “Methodologically, it doesn’t matter which country we’re operating in. If its a laws of war attack we feel like we need to investigate it ourselves,” said Van Esveld. About the PCHR’s documentation of drone strikes, Van Esveld added, “We couldn’t just use the results of their investigations and draw legal conclusions from them. It’s our obligation to actually look into things for ourselves.Their work gives us an initial direction of what we should look in to.”

A 2013 report based largely on classified information by Lawrence Lewis, principal research scientist at the CNA, found that coalition drone strikes in Afghanistan during the period from mid-2010 to mid-2011 were 10 times more likely to cause civilian casualties than strikes by manned aircraft. Garlasco said of the report that “it’s an interesting taste, but the data behind it is classified, so we really can’t get into why it happened or how pervasive that is.” Access to classified information and access to the locations where strikes have occurred are strong limitations that international human rights organizations face. “Unless you are able to actually go in and get the forensics, you’re not going to be able to do it well,” said Garlasco. In last summer’s offensive in Gaza, the borders were tightly controlled, limiting the ability of organizations to get access to the action on the ground. Azarov spoke of Amnesty International’s denied access on Egyptian and Israeli borders and being reduced to conducting investigations with only two staff members. “It took twice as long to do a case, because it’s all remote, it’s all on the telephone, and ‘did you ask this?’ and ‘did you check with the neighbors?’ You’re like a blind person being lead by someone on the ground.”

Similarly, in northwest Pakistan, where the United States has launched hundreds of drone strikes, human rights investigators face a enormous difficulties in gaining access to the scenes of strikes and to witnesses. In an op-ed in the Washington Post, Christine Fair argues that these factors inevitably shed doubt on some of the findings, which is of course not to say that all this work should be discredited.

In the absence of verified military data on strikes, and in spite of the considerable challenges of working in an environment like Gaza, human rights organizations will continue to investigate drone strikes to better understand this emerging weapons system and its effect on civilians. Their work has begun to reveal the differences between drone strikes and strikes conducted by manned aircraft . As the debate over the use of armed drones continues, and intensifies, the evidence collected by these organizations will be vital in establishing whether or not the kind of proposed strict limitations on use are in fact necessary, and, if they are, the form that such restrictions might take.