On Thursday, April 23, President Obama acknowledged that a CIA drone strike had accidentally killed an American and an Italian in northwest Pakistan in January. The two men, Warren Weinstein and Giovanni Lo Porto, were aid workers who were captured by al Qaeda in Afghanistan and held for ransom in Pakistan’s Shawal Valley. Meanwhile, on Monday, April 13, 2015, a U.S. drone strike killed Ibrahim al-Rubaish outside the city of Al Mukalla in Yemen. Mr. Rubaish was a prominent spokesperson for al-Qaeda in the Arab Peninsula and is believed to have been part of the organization’s inner circle of leaders. These strikes are the latest evidence that President Obama continues to rely on drones to target the leaders of al-Qaeda and that these strikes don’t always hit their intended targets. The morality and efficacy of the “targeted killing” program has been the subject of debate for several years, spurred largely by a number of investigations by human rights researchers and journalists into the civilian casualties incurred by drone strikes. The Obama administration continues to claim that these strikes are effective and have deprived al-Qaeda of its key leaders. While it is hard to know the true effect of the drone strike campaign on al-Qaeda, it is possible to gain a sense of how drone strikes have targeted the organization by examining cases in which senior leaders are believed to have been killed.

The strategy of eliminating key individuals within a terrorist or insurgent network is not unique to drone strikes or even to the post-9/11 era. The premise is straightforward: capturing or killing central decision makers creates a leadership vacuum within an organization, undermining its ability to function coherently. In theory, high-value targeting is intended to disrupt the regular function of an organization by forcing its members to change their behavior in order to avoid becoming a target. In “ABCs of HVT: Key Lessons from High-Value Targeting Campaigns Against Insurgents and Terrorists,” a 2011 article for the Studies in Conflict and Terrorism journal, Matt Frankel points out that successful targeted killings have been carried out in the past, but only against extremely hierarchical organizations. Mr. Frankel notes that after the Japanese government captured the leader of Aum Shinrikyo shortly after the cultist group carried out the 1995 sarin gas attack in Tokyo, the organization fell into disarray and failed to carry out any significant actions.

It first became apparent that the Obama administration had a secret list of intended targets for drone strikes in 2012. In an article in the New York Times on May 29, 2012, Jo Becker and Scott Shane reported that leading officials in the administration gathered to discuss the biographies of suspected terrorists—these information packets were known as “baseball cards”—and debate whether to place certain individuals on the “kill list.” A few months later, on October 23, an investigation by the Washington Post revealed that secret lists had evolved into what was known within the administration as the “disposition matrix,” a database of terrorist suspects that became a key tool in combating al-Qaeda and associated terrorist groups. The database was developed from reports by various American intelligence agencies and departments including the CIA, Joint Special Operations Command, and the National Security Agency. The reports, which contain the names and biographies of suspected terrorists, are collated by the National Counterterrorism Center and sorted based on criteria from the White House. The NCTC generates a list of names for the National Security Council, which reviews the list and passes along a final roster to the President for approval. 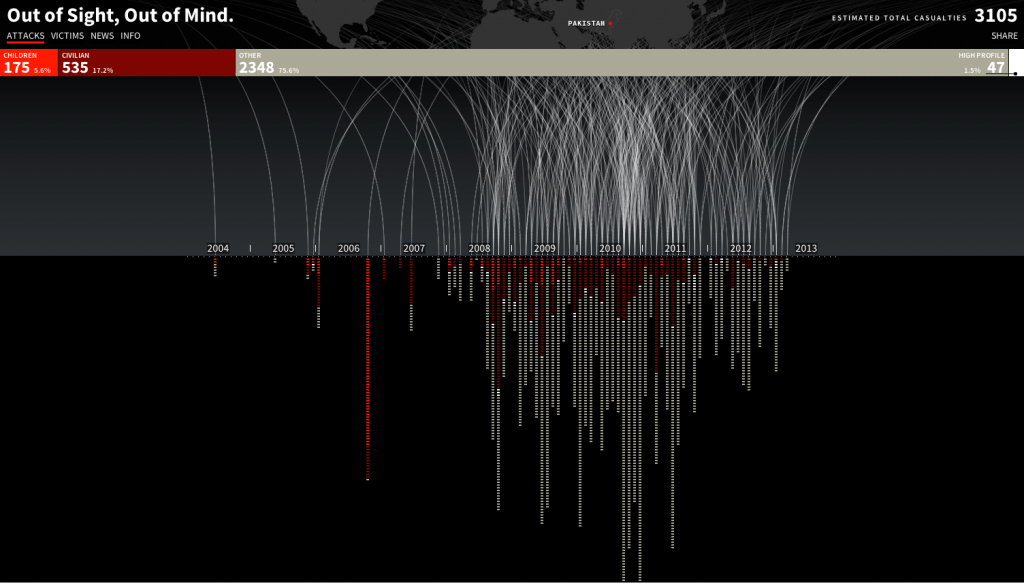 A visualization by Pitch Interactive of U.S. drone strikes.

In spite of the administration’s stated preference for capturing rather than killing suspected militants, there is little indication that the administration intends to take the option of launching a drone strike off the table. In fact, new satellite imagery obtained by the Open Source Imagery and Geospatial Intelligence blog shows increased activity at Djibouti’s Chabelley Airfield, the American base where the drones that carry out missions over the Horn of Africa and Yemen are based. Nor has the debate over capturing or killing suspected terrorists subsided. In an interview with the Center for the Study of the Drone, Daniel Klaidman, the author of Kill or Capture: the War on Terror and the Soul of the Obama Presidency, argues that the decision over whether to kill or capture “is still very front and center in this administration.”

The Obama administration claims that because al-Qaeda has failed to perpetrate any substantial attacks against the United States in the thirteen years since 9/11, the strategy of high-value targeting is effective. In a May 2013 speech on counterterrorism strategy at the National Defense University, President Obama argued that as a result of U.S. drone strikes against al-Qaeda’s core organization in Afghanistan and Pakistan, “Their remaining operatives spend more time thinking about their own safety than plotting against us.” The NDU speech was intended to herald the end of a period of prolific drone strikes in Pakistan and Yemen and the beginning of more constraints on the targeted killing program. While it has never outright acknowledged the existence of the disposition matrix, the Obama administration has defended the process by which it vets individuals suspected of terrorism. “[O]ver the last four years, my administration has worked vigorously to establish a framework that governs our use of force against terrorists,” Mr. Obama said at the 2013 NDU speech.

Although the administration’s efforts to limit the targets of drone strikes to high-value individuals, many argue that the targeted killing campaign is failing to accomplish its objective and results in too many civilian casualties. Last week, the Open Society Justice Initiative and the Mwatana Organization for Human Rights released a report that examined nine case studies of civilian harm as a result of drone strikes in Yemen. The report—”Death by Drone: Civilian Harm caused by U.S. Drone Strikes in Yemen”—suggests that the number of civilian deaths lays doubt on President Obama’s claim in the 2013 NDU speech that “before any strike is taken, there must be near-certainty that no civilians will be killed or injured.” Some fear that the drone strikes undermine American efforts to combat al-Qaeda. As Mr. Frankel writes in the Studies in Conflict and Terrorism journal, in spite of the occasional successes of targeting high value individuals, “Too often, [high value targeting] campaigns are plagued by poor intelligence, cause unnecessary collateral damage, spur retaliatory attacks, and in many cases, yield little to no positive effects on the insurgent or terrorist group being targeted.” Mr. Frankel argues that counterterrorism strategies that place too much emphasis on high-value targeting are less likely to succeed. This is particularly true, writes Frankel, when the counterterrorist is confronting an enemy organization that is more diffuse and horizontal than hierarchical and centralized. 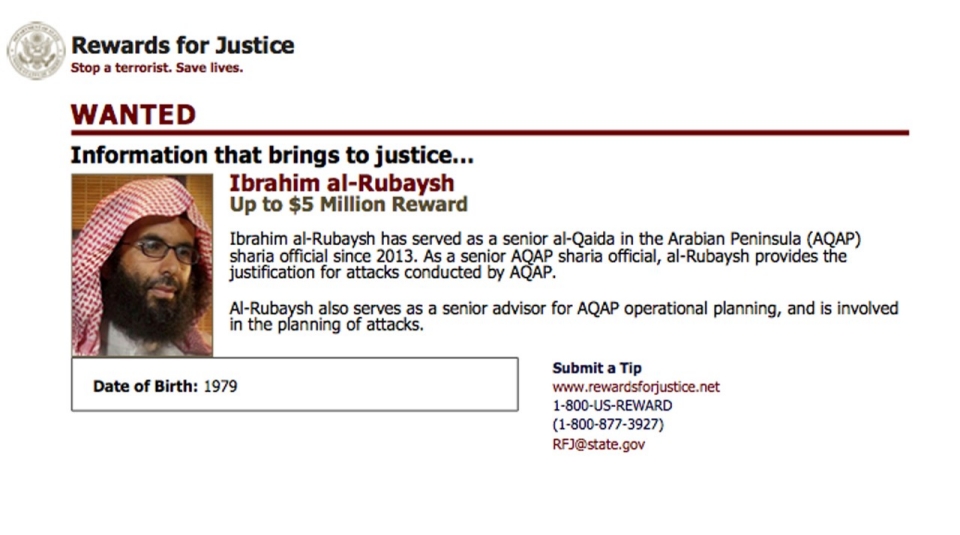 Mr. Frankel is one of several terrorism watchers who stress the importance of examining and understanding the structure and dynamics of the enemy organization. In The Terrorist’s Dilemma, Jacob Shapiro argues that there is a critical gap in the public discussion on terrorism in their understanding of these organizations. Shapiro argues that the leadership of these organizations are under constant stress from balancing the competing demands of needing to act covertly while, at the same time, enforcing control over the group. Although terrorist groups are typically portrayed as loose “networks,” each actually contains elements of a formal hierarchy and bureaucratization. In addition to geographic military commanders, there are individuals who are tasked with handling finances, munitions, propaganda and media, recruitment, and training.

It is this “core” leadership that the administration has aimed to eliminate with drones. “Dozens of highly skilled al Qaeda commanders, trainers, bomb makers and operatives have been taken off the battlefield,” President Obama said in his 2013 NDU speech. By some estimates, in the nine years since the first drone strike outside of Afghanistan or Iraq, there have been around 2,500 – 3,500 casualties in Pakistan. How many of these individuals can be considered “commanders,” and what roles do they serve in the organization? We’ve gone through the available reports from drone strikes to find out.

Tracking drone strikes is notoriously difficult due to the fact that these operations are covert and, crucially, that these strikes are taking place in remote locations where verification is nearly impossible. There are three organizations—the Bureau of Investigative Journalism, the New America Foundation, and the Long War Journal—that compile news bulletins on reported drone strikes. These news stories sometimes contradict each other and are often based on quotes from unnamed government sources in Islamabad or Washington, or rely on “tribal sources.” Occasionally, if the targeted individual was high ranking, the spokesperson for his organization might acknowledge his death.

Of course, for the majority of these targets, their actual rank and role in the organization is not entirely obvious except in the rare instances that a drone killed a high-profile figure. When compiling the following tables, we looked for some specificity—in role, in geographic area of military command, in relationship to other members—that might differentiate a “militant” from someone who held greater responsibilities. In outlining the structure of the senior leadership of al-Qaeda in Pakistan, we organized individuals who were said to have similar occupations or areas of operation into three primary categories: administration, military command, and ally. We separated individuals like political and religious leaders who did not immediately fit into the three primary categories. We cross checked our findings with lists of high-value targets compiled by the Long War Journal and the New America Foundation.

Finally, it is important to note that the vast majority of reported drone strikes do not kill any high-value targets or, indeed, any members of a terrorist organization. The data compiled here indicates that of the 2,500 – 3,500 estimated deaths from drones in Pakistan, 70 individuals—around 2.3%—were ranking members of al-Qaeda. The remainder were mid-to-low level commanders and fighters or civilians. For each individual included below, we’ve listed the Bureau of Investigative Journalism identification number for that particular strike.

Click on the names of senior leaders for more information on that particular strike.