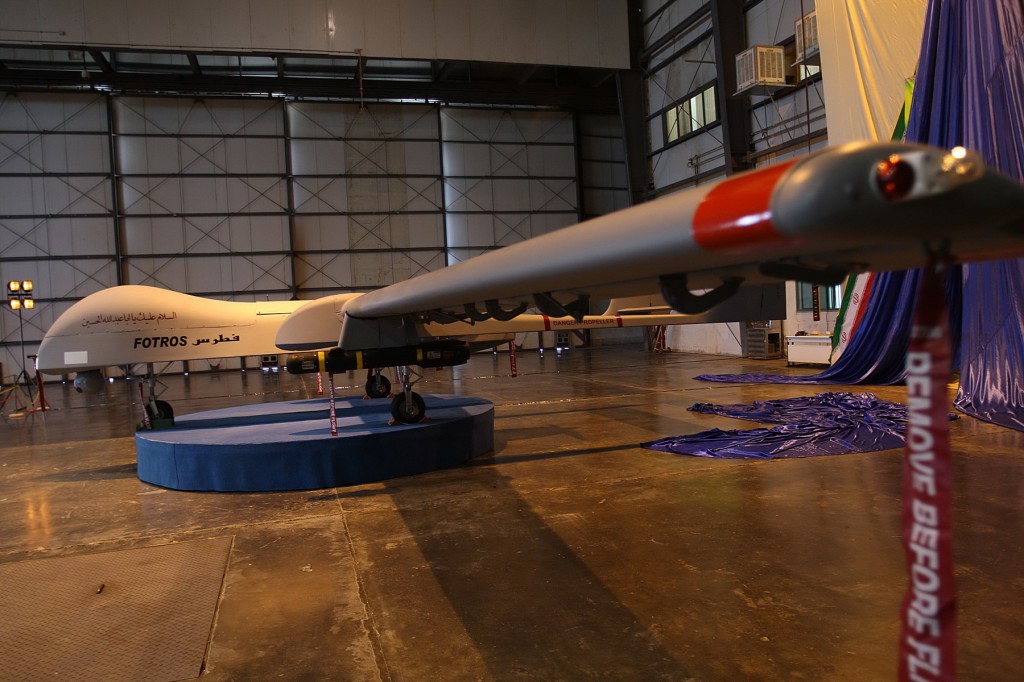 In an in-depth interview, artist and environmentalist Natalie Jeremijenko explains why we should completely re-think our relationship with drones. “There’s a fascination about the capacity we have to take other points of view, which I think is very intellectually productive, and just seductive. It’s just fascinating to look at. But what we do with that view is then the question,” Jeremijenko says.

Writer, artist and co-creator of the Murmuration Festival Adam Rothstein visited the Bard College campus to meet with students for a discussion about drones in popular culture.

As the NATO mission in Afghanistan winds down, the U.S. Air Force is considering ways to reduce the number of unmanned aircraft it acquires and maintains. At a breakfast sponsored by the Defense Writers Group, General Mark A. Welsh III, the chief of staff of the Air Force, gave the latest in a series of signals that the military is seeking to move away from drones. “We shouldn’t rush into buying a whole bunch of remotely piloted aircraft just because we can,” said Gen. Welsh. (Washington Post)

A Reaper drone crashed into Lake Ontario after malfunctioning. The remains of the drone, which had been operated by the Air National Guard’s 174th Attack Wing in Syracuse, New York, were not recovered from the lake. Following the incident, drone flights in the area were suspended. (The Syracuse Post-Standard)

Four days later, two sailors were injured when a U.S. Navy drone crashed into the USS Chancellorsville during testing off the coast of Southern California.The exact cause of the accident is being investigated. (CNN)

The Colorado Parks and Wildlife Commission is considering whether to ban the use of drones for hunting. The state of Colorado already prohibits the use of manned aircraft for hunting. “There is a ton of technology available to people that would make it very, very easy for people to hunt,” said Randy Hampton, the spokesperson for the Commission.

The Los Angeles Times reported that the frequency of strikes in Pakistan and Yemen has reduced significantly since President Obama imposed restrictions on the use of drones back in the spring.

In a draft agreement between Germany’s Christian Democratic Union and Social Democrats, legislators promised to place a moratorium on the purchase of armed drones for the next four years. The agreement follows the fallout from Germany’s failed “Euro Hawk” surveillance drone program. “Before acquiring a qualitatively new arms system, we will thoroughly investigate all associated civil and constitutional guidelines and ethical questions,” reads the agreement. (The Local)

Meanwhile, NDR, a German media outlet, reported that the U.S. has on several occasions run lethal drone operations out of bases in Germany. (DW)

At Forbes, Ryan Calo argues that, contrary to what some critics have suggested, the FAA is taking sensible steps to protect privacy in its plans for drone integration into U.S. airspace.

Sci-fi author Daniel Suarez explains how society will need to accommodate the proliferation of automated systems in the very near future. “While the Singularity will no doubt be an issue of concern to coming generations,” writes Suarez, “for now we’ve got more pressing concerns —namely, how we’re going to grapple with highly capable, cost-effective, scalable, and yet relatively dumb…automation proliferating all around us.” (TED)

Meanwhile at The New Yorker, Mohammed Hanif argues that U.S. drone strikes transform Pakistan’s Taliban members from enemies of the state into martyrs. “Why does Pakistan’s political and military élite celebrate the very people it is fighting?” asks Hanif. “The logic—or its absence—goes like this: Hakimullah Mehsud was our enemy. But the United States is also our enemy. So how dare the Americans kill him?”

Christine Fair’s essay “Drones, Spies, Terrorists and Second-Class Citizenship in Pakistan” examines seven recent reports and books about the effects of drone operations on the FATA areas of northern Pakistan. Based on the seven publications, Fair concludes that the lack of transparency surrounding drone operations is the main obstacle to addressing possible human rights and humanitarian concerns. (Small Wars and Insurgencies)

Writing for Motherboard, Arthur Holland Michel attends a ”Build Your Own Drone” workshop in New York City and determines that it is safer to make your own drone at home than to buy one.

Salon posts an excerpt from Llyod Gardner’s new book, Killing Machine: The American Presidency in the Age of Drone Warfare,” which charts the expansion of the U.S. drone program and considers how it has challenged traditional structures of accountability and transparency in the U.S government.

In a transcript from a debate with Benjamin Wittes at the University of Richmond, Conor Friedersdorf, a staff writer at The Atlantic, delivers the case for a moratorium on drones. “Due to drones,” he argues, “lethal acts occur that wouldn’t have happened in a world without drones. And those acts can be carried out with more secrecy than would otherwise be possible.”

Micah Zenko, a fellow at the Council on Foreign Relations, contends that drones “are quickly becoming a tool in just about every country’s toolbox.” (Politico)

Iran’s Defense Ministry unveiled a new combat and surveillance drone. Named “Fotros,” the drone can reportedly stay aloft for thirty hours, and has a range of 1,250 miles. The Fotros is the latest in a series of military drones being developed and produced by Iran’s military. (CBS News)

Russia’s military has developed an advanced radar defense system to protect the country against foreign aerial surveillance carried out by both manned aircraft and drones. (RT)

Two British airports are preparing controlled airspace sites for developing and testing unmanned aerial systems. These will be the first such sites in Europe. (Aviation International)

Northrop Grumman announced that it has upgraded its catapault-launched Bat surveillance drone with radar-jamming capabilities. (Wired)