When it comes to unmanned flight today, fixed-wing drones like the Predator and Reaper have captured much of the public imagination and debate, particular in the military realm. Less mentioned, however, is the fact that helicopter drones—which are known as Vertical Takeoff and Landing (VTOL) UAVs—are a growing segment of the drone industry. Because helicopters don’t need runways to takeoff, VTOLs are useful for delivering supplies to remote locations and, due to their small size, can fit more easily on naval ships. Several countries, including the Japan, the United States, Austria, Israel, France, and Sweden, have already fielded military helicopter drones, and many more are developing indigenous models. VTOL capabilities feature heavily in future concepts of unmanned aircraft like the DAPRA/Lockheed Martin Skunk Works Ares Project. 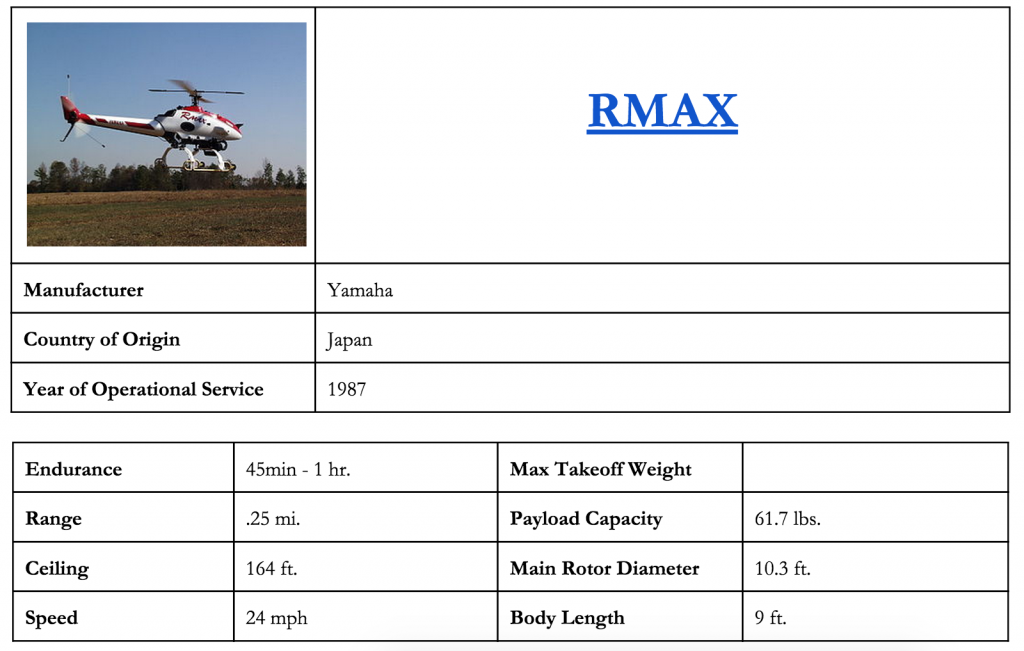 The Yamaha RMAX remains one of the longest-serving unmanned helicopter drones. First developed in Japan in the late 1980s, the RMAX is primarily used for crop dusting and, as of 2013, there were 2,500 registered RMAX VTOLs in service on farms across Japan. The RMAX is essentially a very large remote-controlled helicopter and, unlike more recent VTOLS it cannot fly autonomously. 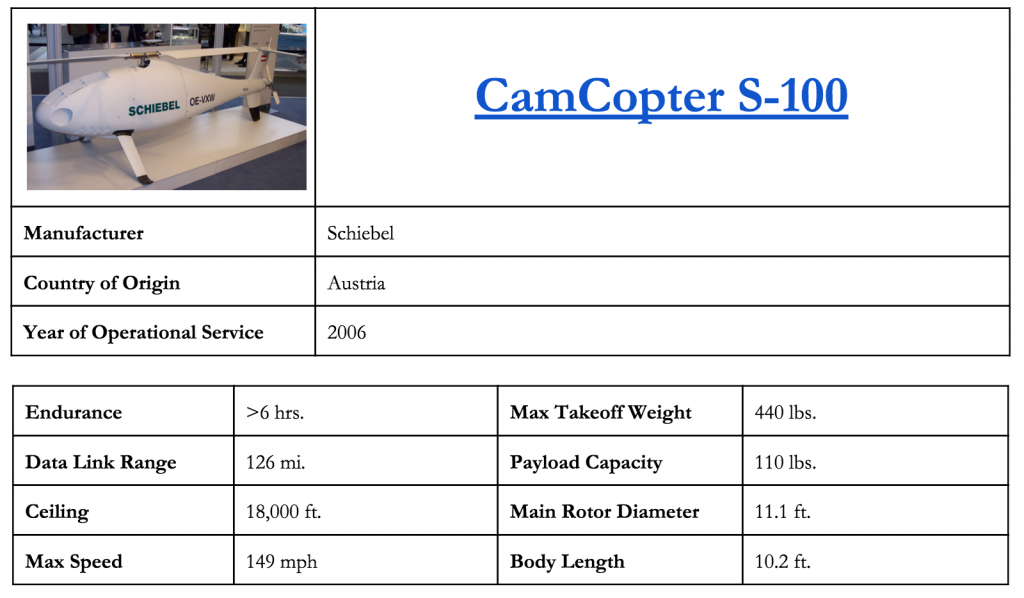 The Schiebel Camcopter S-100 has drawn a lot of attention recently due to a number of high-profile missions in Europe and North Africa. Like the American-built Fire Scout drone, the Camcopter is designed with maritime forces in mind. 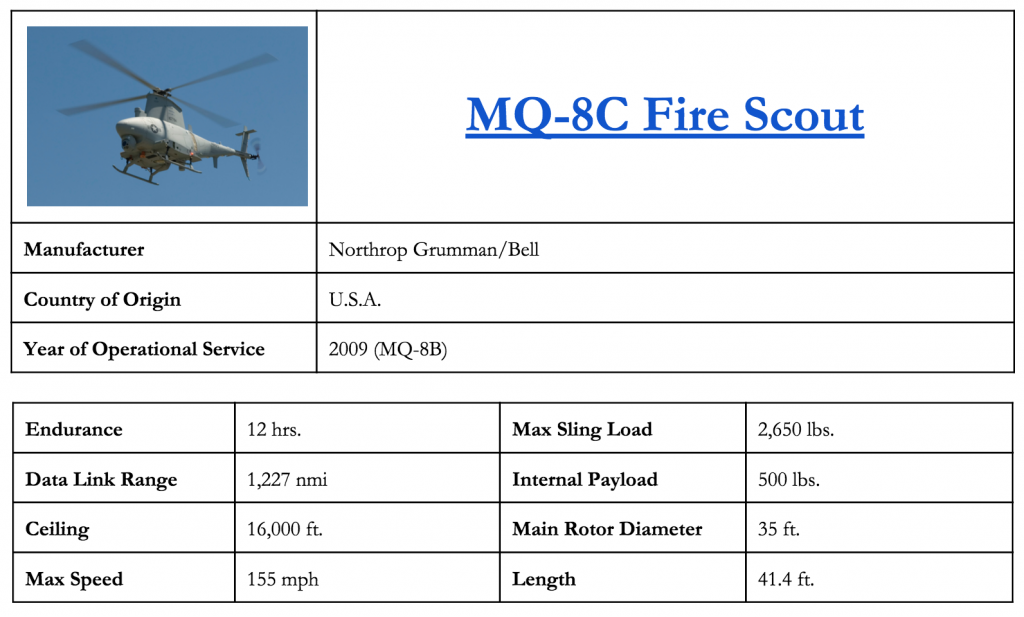 The design for the Northrop Grumman Fire Scout is based on the Schweizer Model 333 manned helicopter. The project began in the early 2000s. The U.S. Navy awarded Northrop Grumman an initial contract to produce the Fire Scout in 2007, and in 2009, it placed an order for three of the unmanned helicopters. It remains in service with the Navy and has [enter service hrs – contact NG T.J. Ortega at 858-619-7548]. The MQ-8C is the third generation of the aircraft, and has double to the endurance and three times the payload capacity of the MQ-8B. 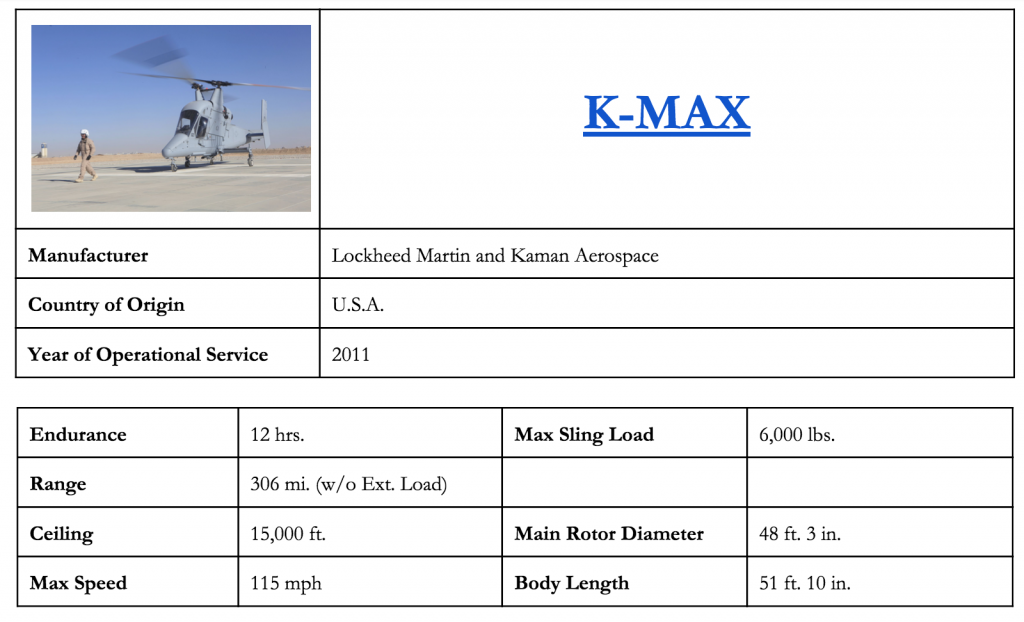 The Kaman K-MAX is essentially a manned helicopter that has been fitted with remote-piloting capabilities. It is the landpower equivalent of the Fire Scout, its primary users being the U.S. Army and Marine Corps. The K-MAX is designed to carry supplies—it can lift around 6000 lbs.—to infantry troops at difficult-to-reach locations. Kaman Aerospace teamed up with Lockheed Martin to develop the Cargo Resupply Unmanned Aerial System (CRUAS), at the center of which is the K-MAX. It was first deployed to Afghanistan in 2011 and, in July 2014, the K-MAX returned home. 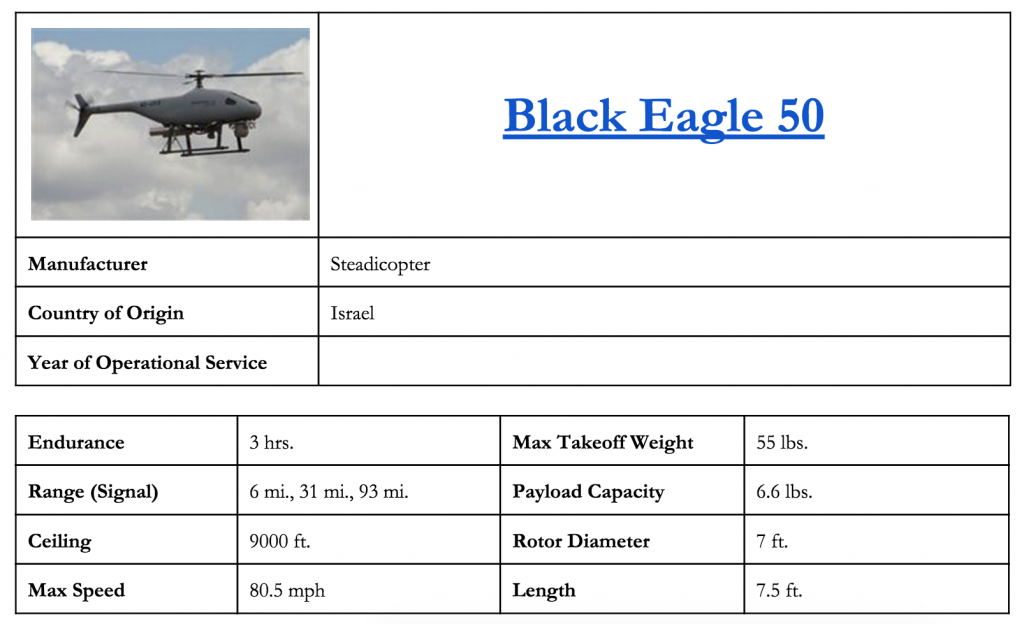 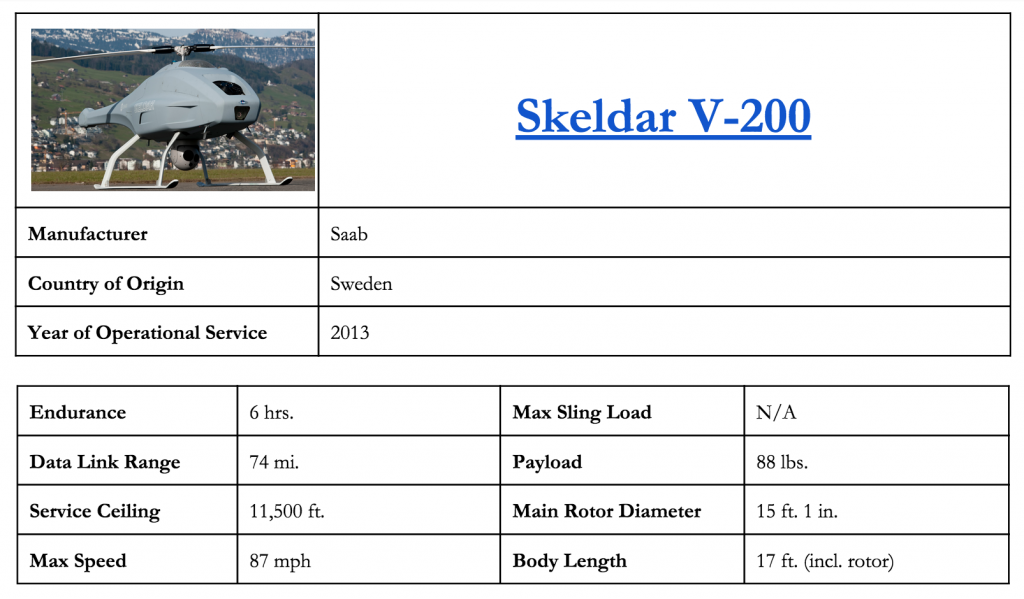 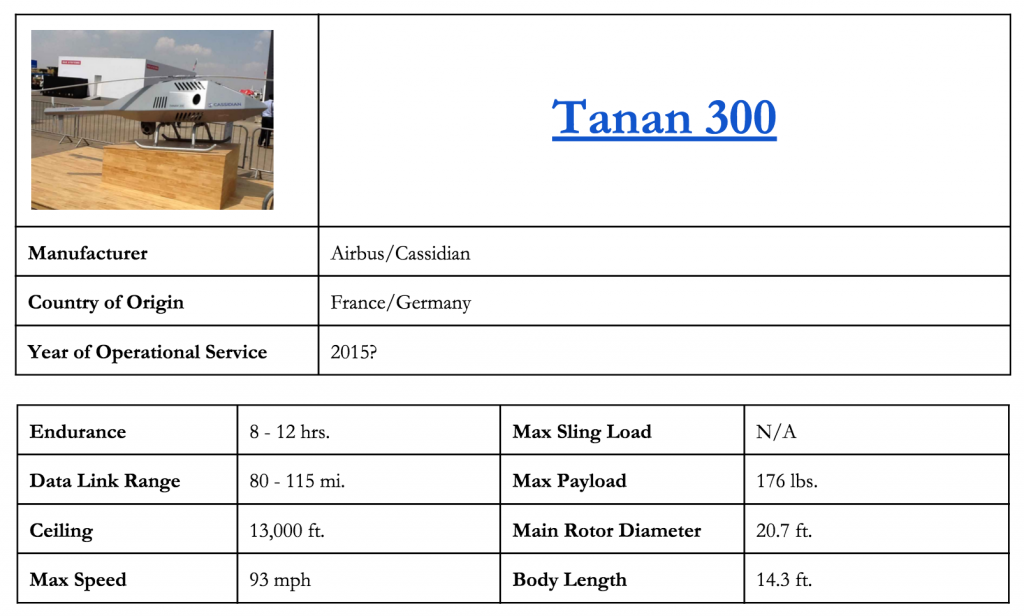 Helicopter drones feature heavily in plans for future unmanned aircraft. Like the manned Bell Boeing V-22 Osprey, future drones might combine fixed-wing and vertical takeoff and landing capabilities by utilizing tilt rotor technology. The DAPRA/Lockheed Martin Skunk Works Ares Project—known as Transformer—envisions that such an aircraft could switch between helicopter and high-speed flight modes depending on the mission. “Our goal is to provide flexible, terrain-independent transportation that avoids ground-based threats,” explained DARPA program manager Ashish Bagai in an online statement. Earlier this year, South Korea unveiled the TR-60, its own tilt-rotor drone prototype that Seoul hopes to begin producing in 2024. On the domestic front, tilt-rotor drones are a popular project for civilian engineers. Before it abandoned the design, the Google Wing prototype of a delivery drone also used tilt rotors. Last year, a do-it-yourself designer showed off his own version of a tilt-rotor drone. NASA is developing a tilt-rotor unmanned aircraft called the Greased Lightning.