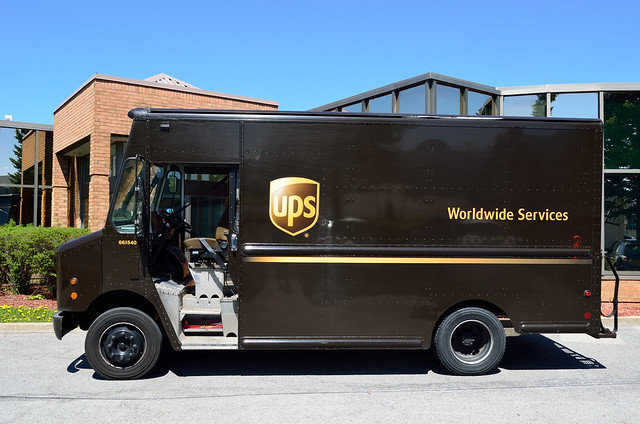 United Parcel Service has formed a subsidiary dedicated to implementing drone deliveries. UPS Flight Forward will partner with drone delivery firm Matternet to launch aerial delivery services in healthcare and other sectors, building on a pilot program that the two firms have been running at WakeMed Health & Hospitals in Raleigh, North Carolina. UPS said that it could receive approval from the U.S. Federal Aviation Administration to begin routine operations before the end of the year. (Reuters)

A Georgia man pleaded guilty to intending to use a drone to drop drugs into a Georgia State Prison. According to the U.S. Department of Justice, he is the first person to be charged under a new federal law that prohibits using unregistered drones to facilitate an offense involving controlled substances. (NBC News)

Royal Dutch Shell is launching a year-long live test of the FLatFish, an underwater drone designed for inspecting oil and gas platforms. (Bloomberg)

Sabrewing announced that it has increased the maximum take-off weight of the Rhaegal, a planned fixed-wing vertical take-off and landing drone, from 3,000 to 8,000 pounds. (Aviation International Online)

A U.S. military official said that the U.S. may have downed more than one Iranian drone in the Strait of Hormuz this month. (CBS News)

The European Maritime Safety Agency will deploy a CamCopter S-100 drone to provide maritime surveillance services to the Republic of Croatia. (Shephard News)

Xcel Energy announced that it has used drones to inspect 485 miles of transmission lines in Wisconsin. (La Crosse Tribune)

French drone firm Parrot announced that it will no longer produce toy drones like the Mambo, part of a gradual move away from the consumer drone market. (TechCrunch)

The U.S. Navy awarded Northrop Grumman Systems a $33.7 million and $14.2 million contract for work on the MQ-4C Triton. (DoD)

The U.S. Army intends to award Solute a contract for 24 Hugin Gen 2 quadrotor drones for the U.S. Army Corps of Engineers. (FBO)

Bolivia reportedly intends to acquire drones from Iran as part of a broader package involving technology transfers between the two countries. (Jane’s)

Indiana-based Pierce Aerospace has partnered with India’s Redwing Labs to use drones for deliveries of medical supplies. (Press Release)

At National Defense Magazine, Jon Harper looks at the different U.S. and European programs to develop an unmanned loyal wingmen.

At Shephard News, Tim Martin writes that the U.K. Army is making progress on the Watchkeeper system, which has been troubled by a series of crashes in recent years.

At Bloomberg, Jack Pitcher looks at how drones are used at industrial job sites to lower the risk of worker injury.

Also at The Drive, Tyler Rogoway looks at how the V-Bat could transform the U.S. Army’s drone operations.

At Defense One, Patrick Tucker considers the U.S. Army’s plan to develop a range of combat robots.